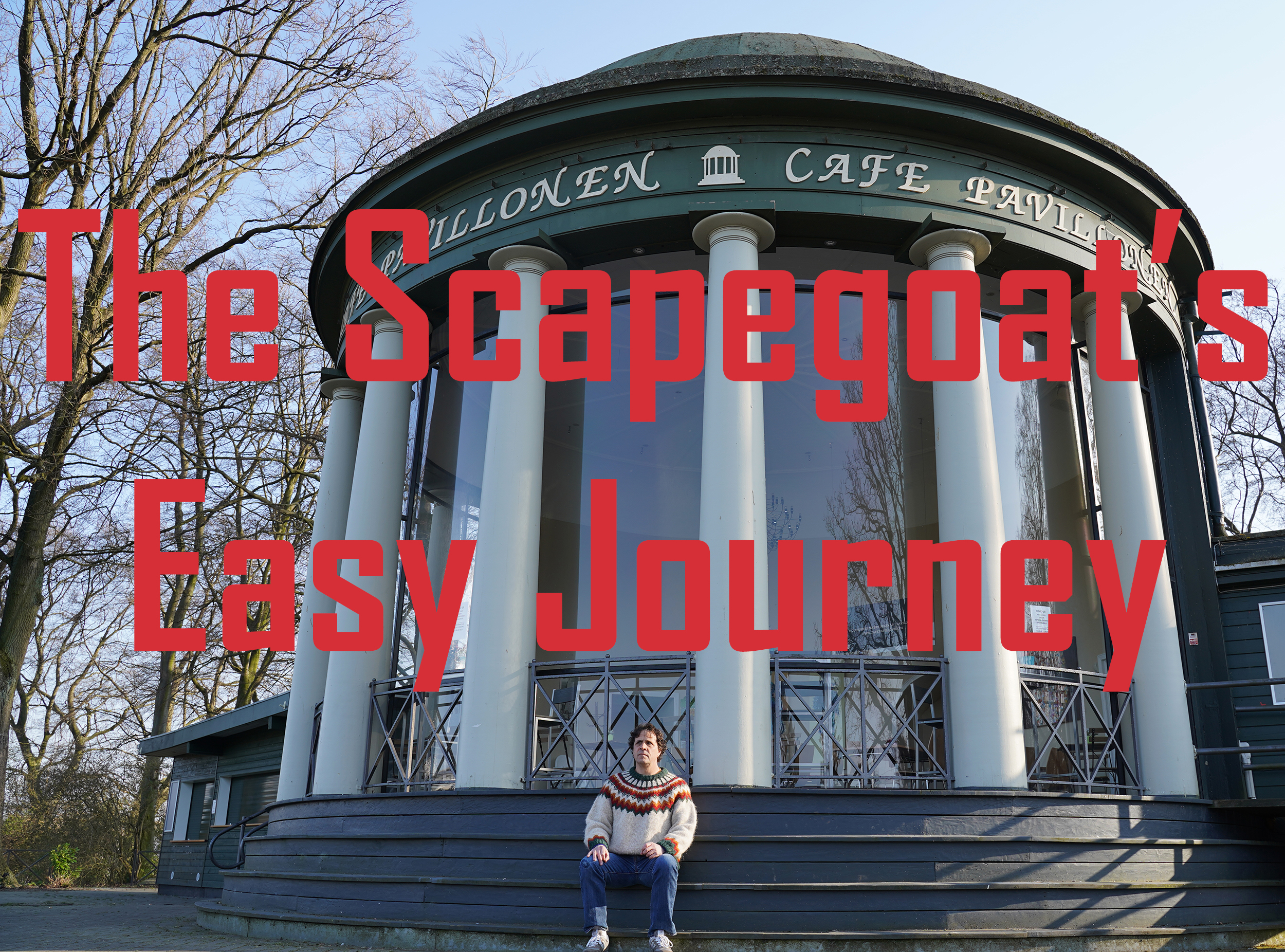 Asking William Lamp about his national identity as we meet at a distance of a bench in “Fælledparken” in Copenhagen, he answers that he feels one hundred percent Danish. However, if someone else asked him the same question in another place, at another time, in another language, he would answer differently. Situated in Rome, he would say (in Italian of course) that he feels a hundred percent Italian. In Northern California, he would claim to be completely at home. The same goes for Tokyo and several other places across the world.

So what does someone as global as William Lamp think of different nations’ reactions to the Corona virus? Well, he is not at all impressed with the world he feels part of. To him it seems like all the nations have had the same gut-level reaction. Each nation identifies a scapegoat. Each nation make friends into “The Other” that is responsible for the virus spreading. Unfortunately, the scapegoat is moving along with the virus. As soon as the virus has invaded a new society, the scapegoat settles under a different name. While we stay home, the scapegoat travels easily across the globe.

But “hope” is like “interaction” part of human nature. As in: there will be a time for herd immunity, where most of us have already had the vaccine or the virus, there will come a time where most of us have been identified with the scapegoat, more or less. We need a global community as never before. We cannot deprive ourselves of physical interaction forever. William Lamp believes that cultural exchange will continue. That we will be able to be physical with each other again. Because that is essential to who we are. This is William Lamp’s concern on a spring day where everything but spring is far from normal.

“As soon as we have this threat from outside, this virus, we attach it to a people, to a nation, to an ethnicity.” 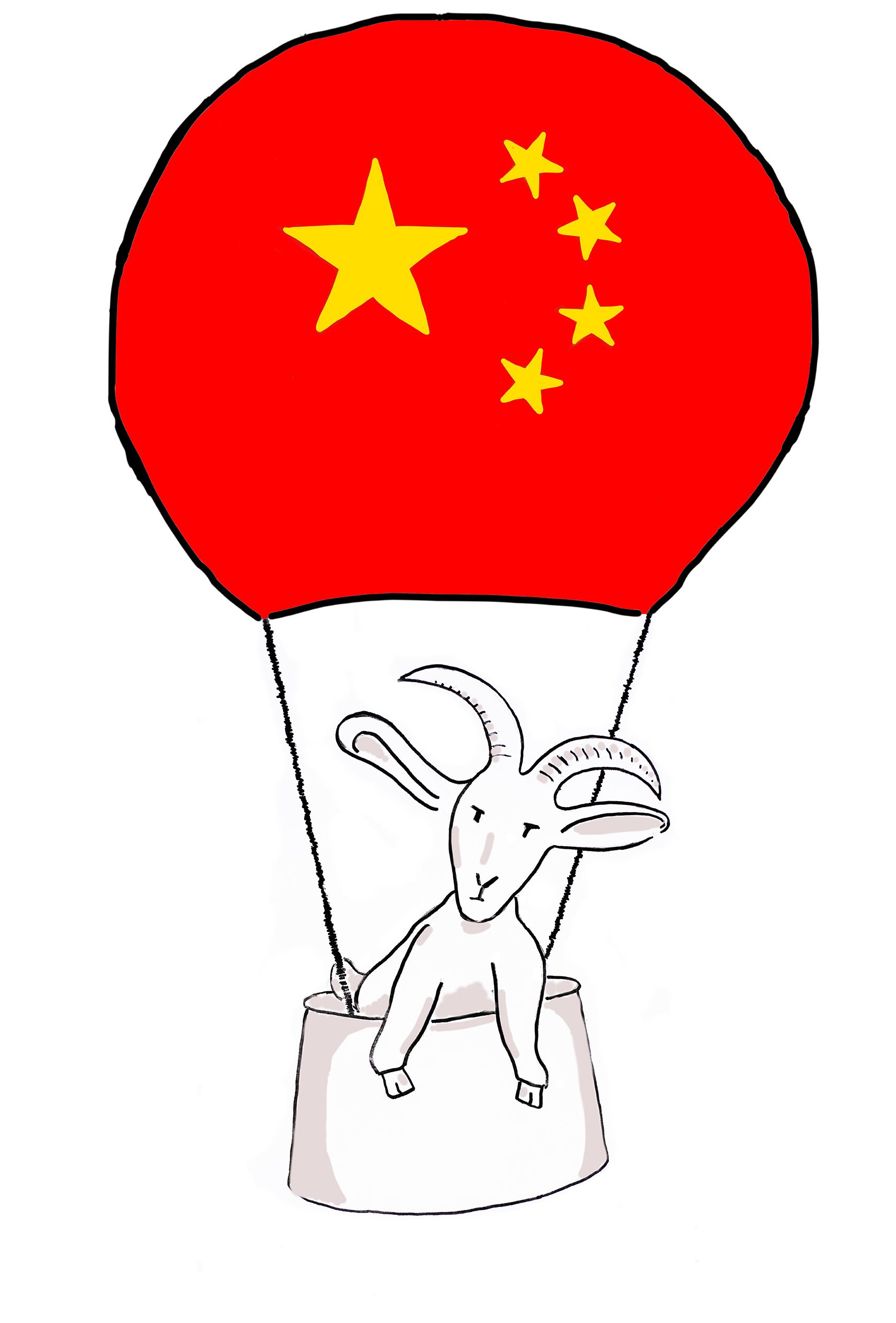 First, China became “The Other”

How did you experience the coming of the virus?

– All my Chinese friends took it very seriously right from the beginning. People in Hong Kong were concerned to keep it out of Hong Kong for instance. They were very affected by it.

– The gravity of the situation did not reach Europe at first. Quickly, we saw these reactions not just in Denmark but also in France and in other countries, where we didn’t really take it seriously as a threat to ourselves. We made fun of it. The well-known cartoon in a Danish newspaper of a virus-infected Chinese flag is an example, which in a way brands China. At that time, there were hundreds of people dying every day in China, and of course, it wasn’t very funny for them.

– There were also cases of Chinese looking people being shouted at – not just in Denmark but also in France, in Germany, and in the US. I find that very worrying and disappointing because for the past 20 or 30 years we had a kind of rhetoric around the idea that we are becoming more involved – that we believe in humanism. However, as soon as we have this threat from outside, this virus, we attach it to a people, to a nation, to an ethnicity. Then we victimize them. We make them into the enemy.  Automatically the Chinese became “The Other”, that was responsible for this virus. And that bled over, of course, to other Asians, and when I say Asians, I mean people that look Asian. In Denmark, most of the people who look Asian have been raised here and speak perhaps only Danish and English, yet they still fell the negative effect of this kind of discrimination.

“Everybody that I am looking at in all the countries, they pass the scapegoat on.”

The scapegoat travels to Italy

As William Lamp rides his bike along the paths of Fælledparken, wearing a home knit sweater and a certified helmet, he seems more Danish than most Danes do. And he is. But he also has this rare ability to switch to another perspective. The Italian version of William is brought to life, when he talks about what has happened in Italy. He has many Italian friends, and knows Italian society from the inside.

– When the virus came to Italy, you saw a similar kind of reaction, unfortunately. People started making fun of the Italians. I think the idea was that that they were incompetent, disorganized, and not good at organizing their healthcare system. That is the common prejudice about the Italians.

– I have to tell you that the Italian healthcare system is one of the best in the world, so there is no reason to smear them. Even if they were incompetent (which they aren’t!), why do we look down on them? Why do we joke? Why did we assume that it won’t come where we are living?

– An Italian friend of mine living in Denmark had shared something on social media that said someone had asked him whether it was safe to eat at an Italian restaurant in Denmark. (It was before the virus arrived to Denmark). It was of course ironic because everyone was asking the same about the Chinese restaurants in Italy before the virus came to Italy. So this kind of gut-level reaction – it comes back to bite you.

– My Italian friends felt the European fellowship was broken in a sense. They were hurt. Not only by this kind of joking and taking it lightly and the insult about their healthcare system, but also by the lack of help with medical supplies.

– Their reaction was then defensive, and you began to see them in turn mocking other countries, and mocking the response by other countries. So that for the Italians then the virus becomes associated with other people’s incompetence.

– So unfortunately, that kind of reaction seems pretty common to me. Everybody that I am looking at in all the countries, they pass the scapegoat on. 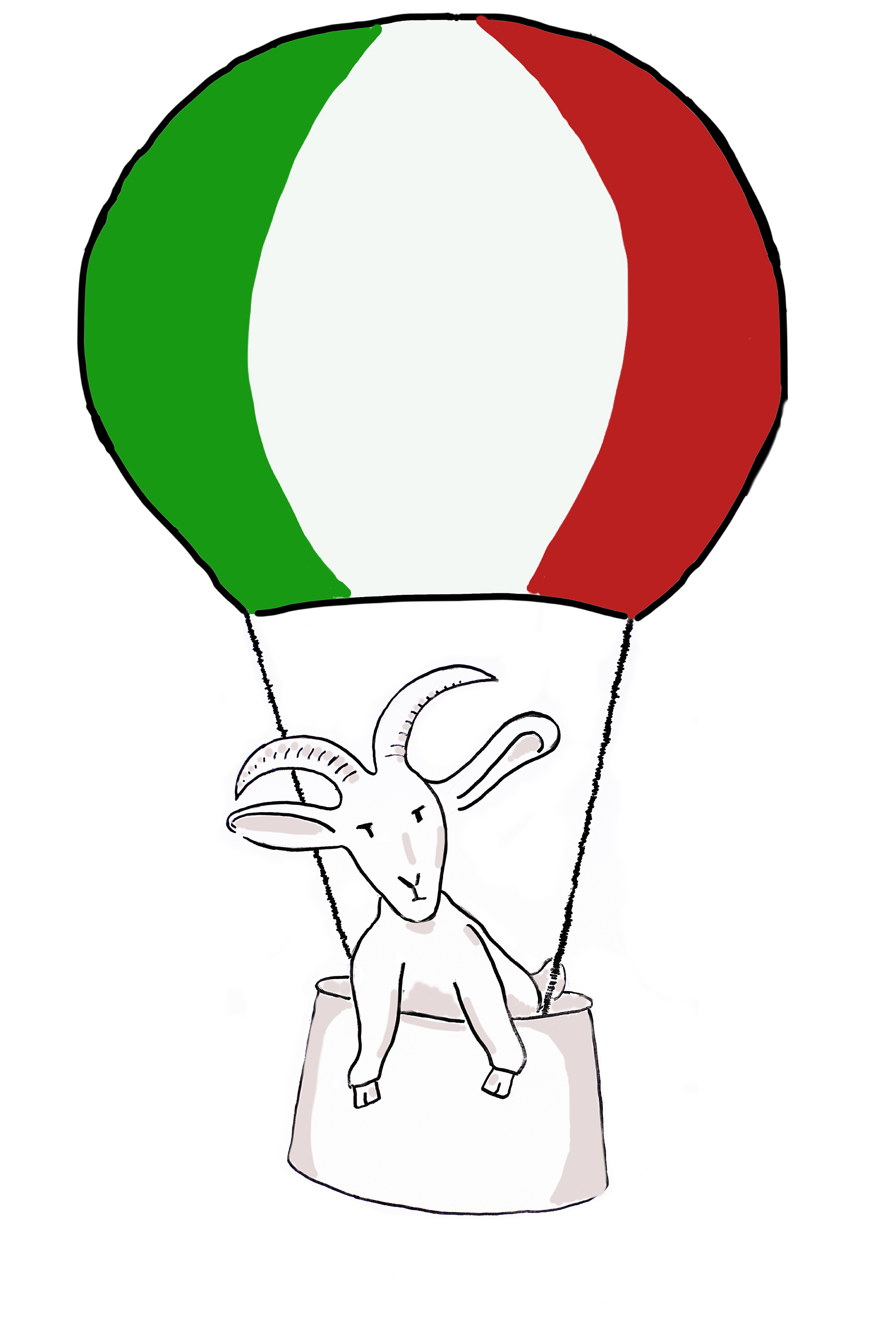 “By turning other countries into our enemy, we undermine the possibility of working together.” 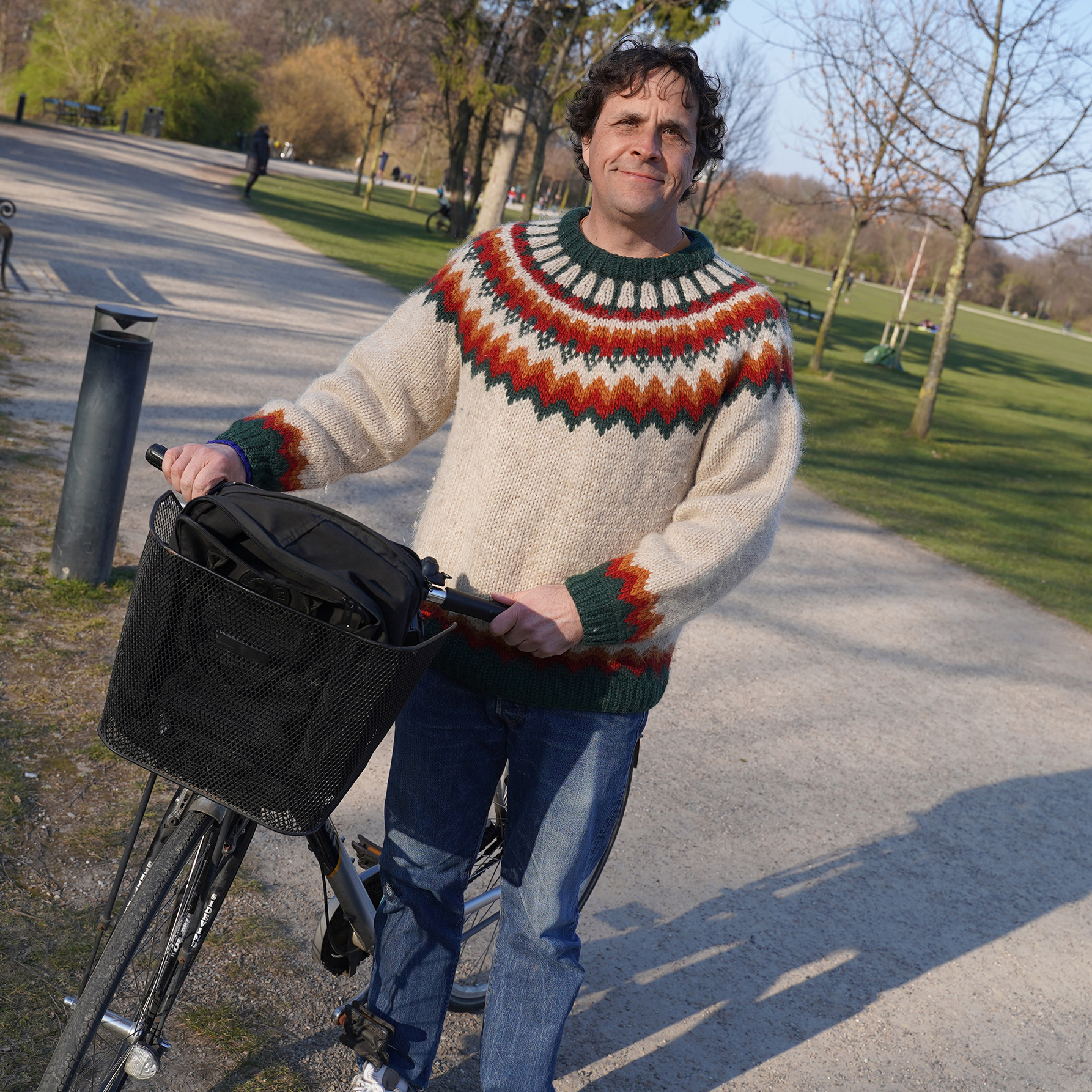 A call to nationalism

This blaming each other and being distrustful have roots in another ideology that William is not fond of. It is a threat to globalization, exchange of ideas and trade. Its name is nationalism.

– There is a kind of nationalism built into that kind of reaction, where in order to see ourselves as good, we have to see someone else as bad. The Italians, the French, the American, and the Danes, they usually claim to have one of the best healthcare systems in the world – if not the best. You hear this kind of bragging all over the world. I don’t know how you would measure which country is actually the best, but it’s not relevant. What is relevant is for us to save the people around us, as well as to help other countries. By turning other countries into our enemy, we undermine the possibility of working together. But we need to work together to stop the virus. That’s the tragedy.

– Closing the borders made no sense from a medical point of view, but it is a political message to people in the country that this virus is represented by foreigners, by people who are not us. That it comes from outside our borders. It is a dangerous message. Honestly, it just make me sad.

“Unfortunately, an event like this reveal to us, who we really are.”

Is there any signs of a sounder mindset that could make you just a little optimistic?

– I think the most negative aspect is beginning to decline a little bit. That we see less negative reactions. This kind of gut level aggression towards Asians, I hope, is beginning to wear off. We are getting down to business where we are dealing with the virus as it is here or anywhere in Europe or North America.

– It is easy to profess a belief in humanism and to claim that you are against racism and xenophobia, but unfortunately an event like this reveal to us who we really are. I hope who we are change and become someone better. I hope that we, the next time this happens, react in a more human way towards our brothers and sisters. 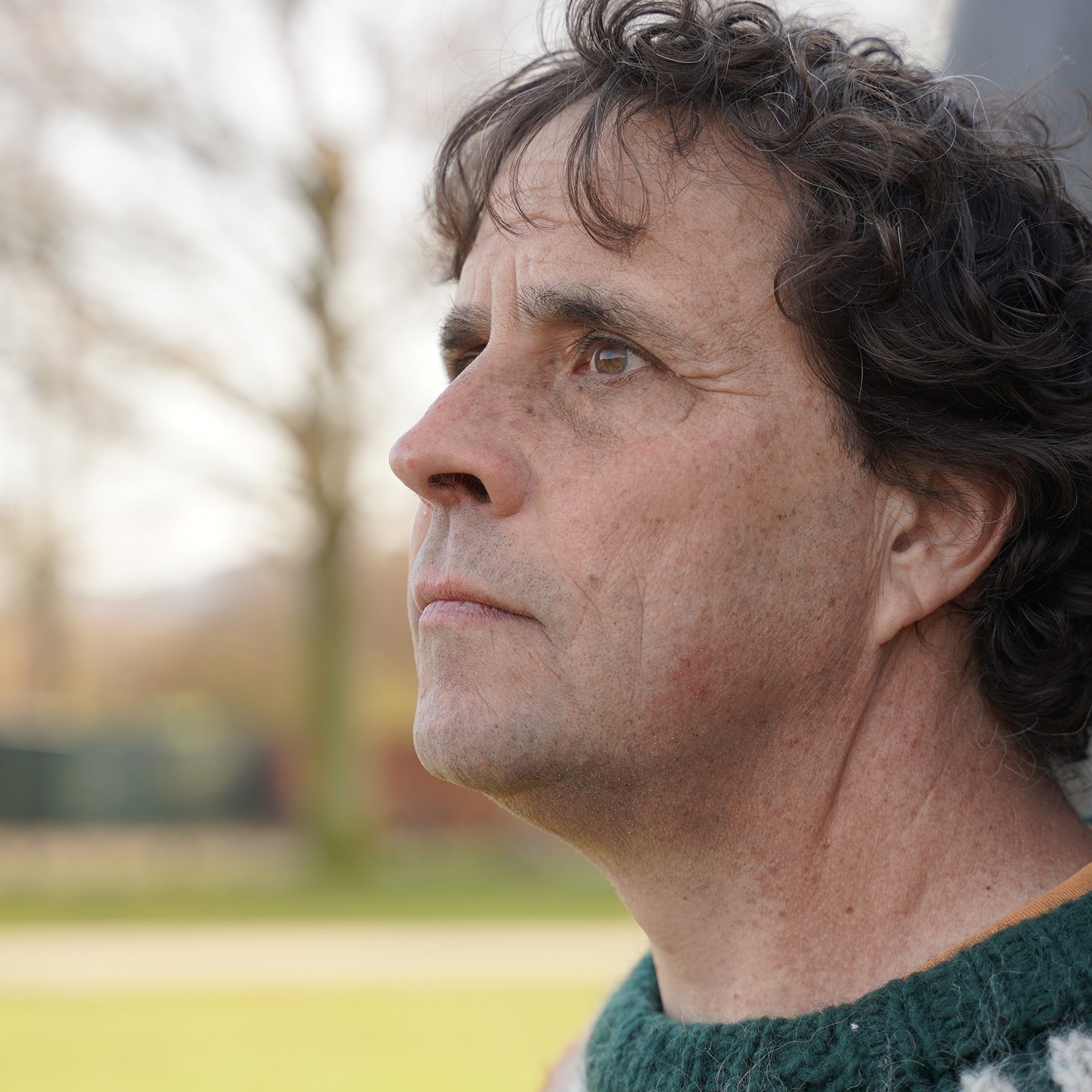 “I just hope we are able to keep cultural exchanges, exchanges of academics who teach at different universities as well as expats working here.”

The world needs a hug

In William’ Lamps opinion, a long-term isolation is dangerous. Obviously, we need to have social distancing to prevent the virus to spread, but it is not mentally healthy, as it is not beneficial to pause globalization for too long. In Corona Country, eventually the feeling of being safe will imperceptibly be replaced by a feeling of being left alone; as less travelling will lead to a diminished exchange of scientific and cultural ideas.

How do you see the impact on globalization?

– We already had a push to reduce flights for instance because of global warming. I think people will be afraid to fly in the future partly because of this virus. So maybe there will be less movement around and fewer exchanges of ideas and culture. Of course, we don’t want to ruin the world with global warming, on the other hand I think cultural exchange is very rewarding because of the exchange of ideas. I just hope we are able to keep cultural exchanges, exchanges of academics who teach at different universities as well as expats working here. They all bring a richness to Copenhagen.

“Maybe there will be a burst of positive reactions after this.”

– In terms of social interactions, there is potential for a big shift, though I hope it will not happen. I hope that we can continue being physical with each other. Being able to meet in intimate situations. Having dinner with one another. Getting together across generations. Honestly, I worry about how this affects children socially. What will six months without contact do to them? We all need social interaction, especially kids.

– Maybe there will be a burst of positive reactions after this. Maybe when this virus dies out we will have a kind of hedonism where we decide not to miss out on life. Because we all know now that we can die soon. 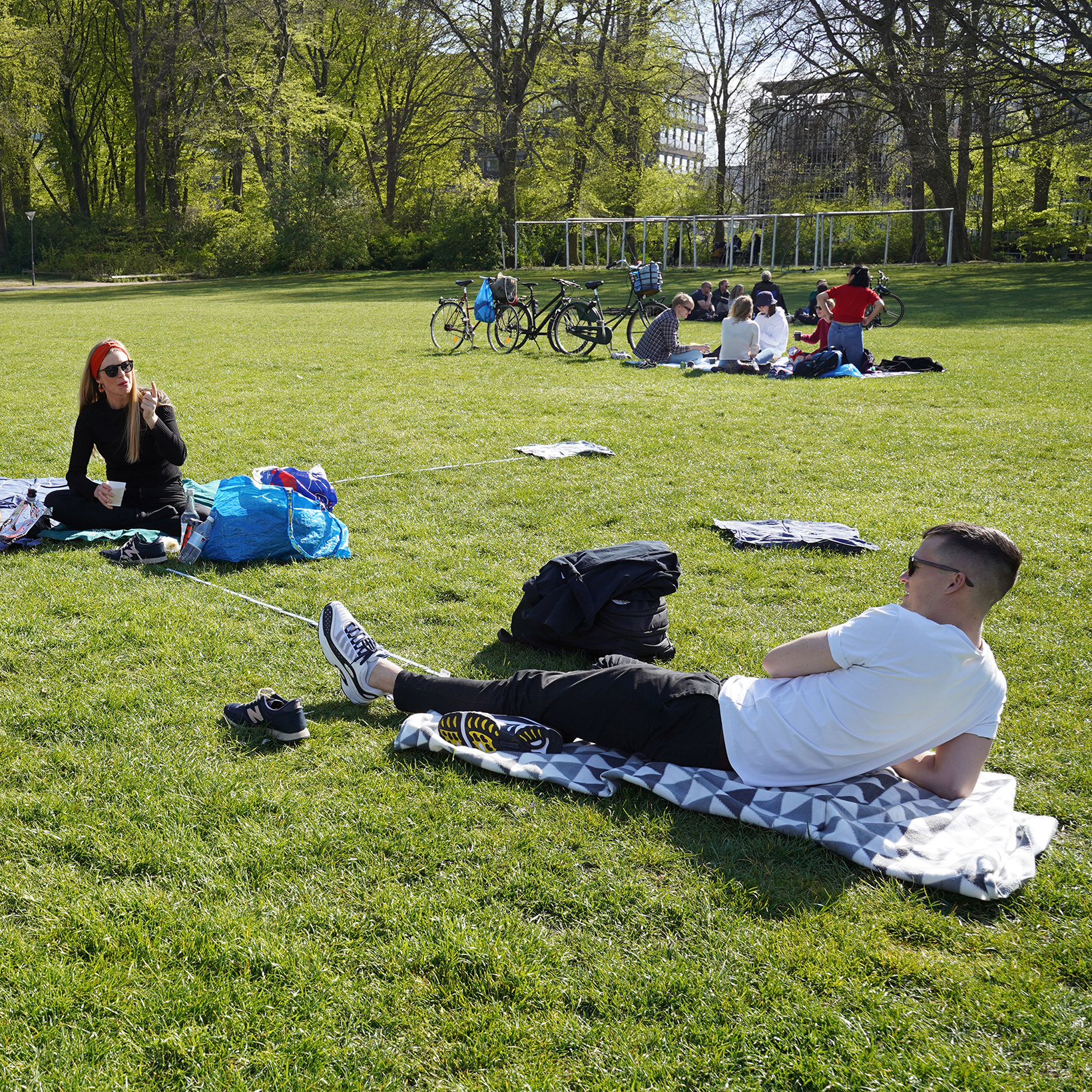 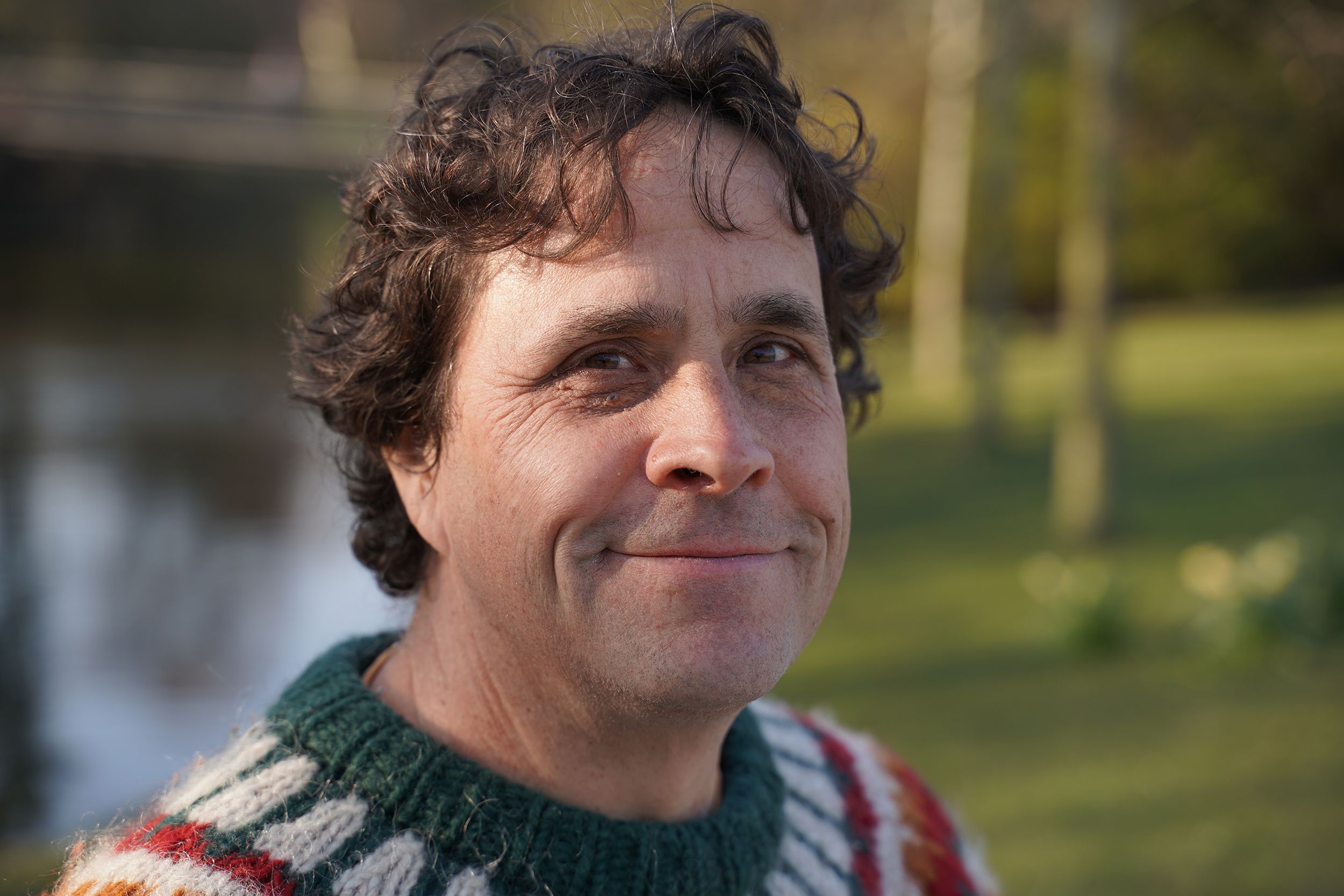 William Lamp is married to a Danish woman, and has lived in Denmark  with his family for almost 10 years.

He has worked as a journalist, a communications officer and a teacher.

He has lived in Tokyo, Vienna, Brussels and San Francisco among other places.

The text in Danish